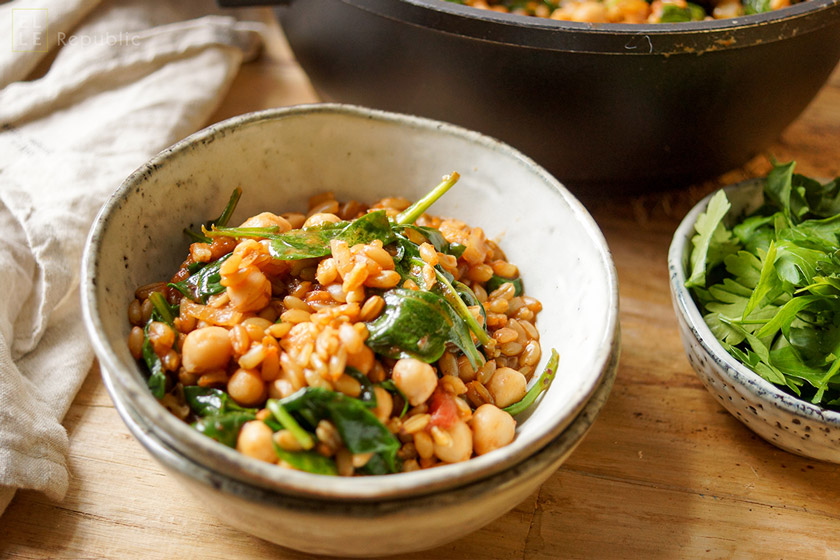 Grünkern pilaf makes for the perfect whole grain side dish – one that won’t bore you to death! I have seriously fallen in love with this grain. It’s damn tasty! And if you are not German, some of you may already be asking what is Grünkern? Grünkern is spelt that’s that been harvested while still young and green, and translated it literally means “green grain”. Originally, it was picked so young as to avoid heavy rain from destroying the crop. Then it was roasted and dried. Through this process farmers discovered how wonderfully delicious this early harvested grain could be. It has a fantastic nutty sweetness and smoked flavor, plus it trumps rice on nutritional value – a 100 g serving has 12 grams protein, 2.7 grams fatty acids, 9 grams fiber plus a whole host of essential minerals. This is what it looks like. 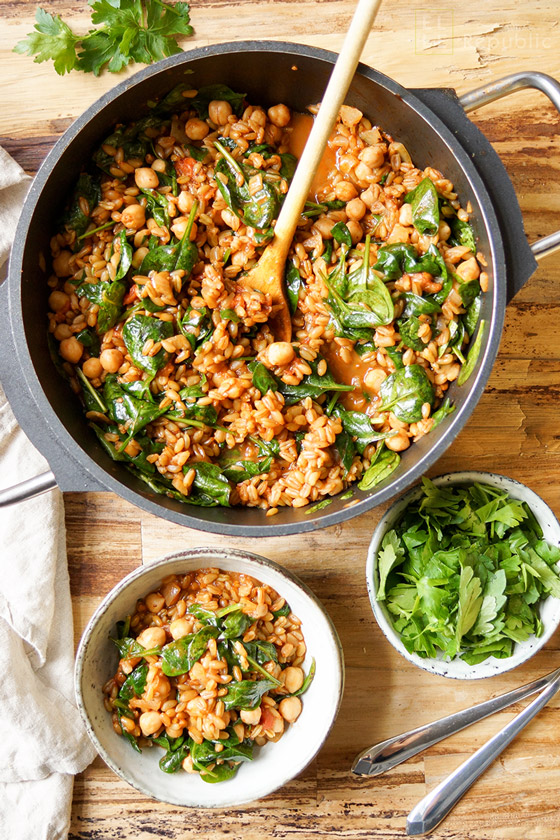 Since Grünkern is produced in Southern Germany, the closest thing to it elsewhere would be the middle eastern grain freekeh (or frikeh). It’s been a staple in Middle Eastern diets for centuries and has recently made its way to popularity in other areas of the world. It also a smoked young green grain, but rather than produced from spelt, it’s made from durum wheat.

I was first introduced to Grünkern as a simple replacement for whole grain rice. Plain, boiled, served on the side. But really it is so much more than just a simple filler. Although it is delicious on its own, it has so much more potential – potential for greatness. Which is why I decided to create this rich and tasty Grünkern pilaf. 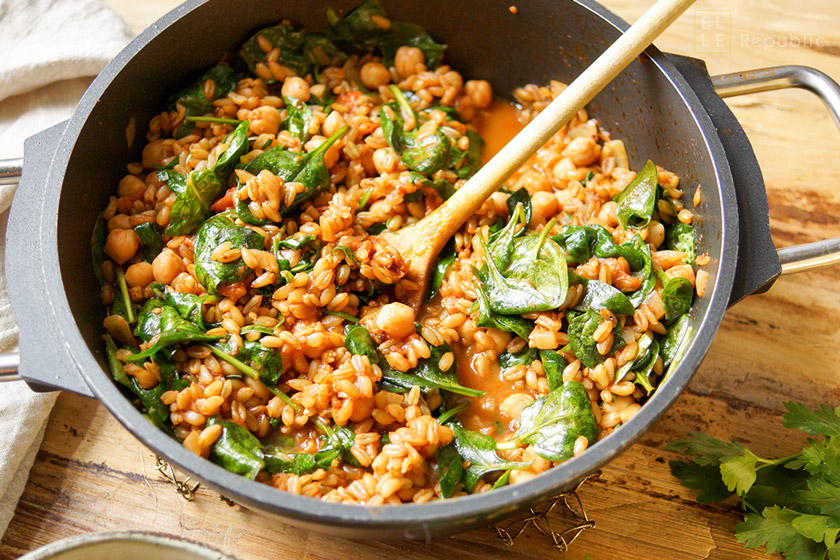 This recipe for Grünkern pilaf is a terrific accompaniment to roast lamb or chicken. I really love it with lamb merguez sausages. Although I don’t often eat meat, I am a real fan of this gutsy sausage and its terrific spicy mixture of paprika, cumin, chili, pepper and harissa, plus sumac, fennel and garlic — depending on the butchers own recipe. Just make sure to ask whether your butcher whether they make theirs from 100% lamb.

This Grünkern pilaf also holds up great as leftovers. Because my favorite Schwabe doesn’t often like leftovers, I ate this for three days in a row. The first day as a vegetarian side along with lentils and the next two days with merguez — especially loved it with the merguez. Wish I had more! 🙂 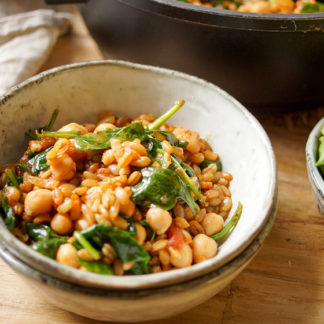 Please let me know how this Grünkern Pilaf with Spinach & Chickpeas recipe turned out for you! I would love to hear how you liked it. Simply rate it with the stars above ⭐or leave me a comment and rate it below. 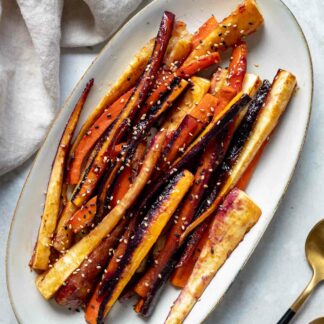 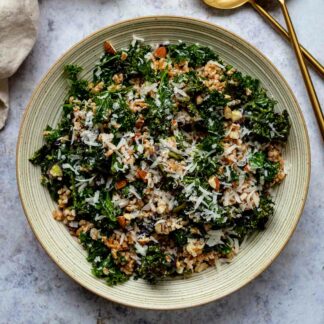 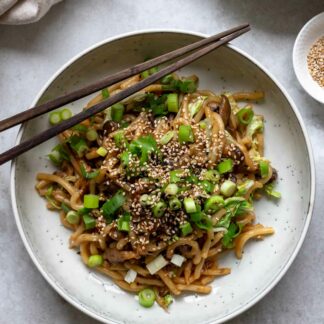